Part 2 of the Henry Project.

Every project needs a heart, a soul. Henry’s is a 350 Chevy small block and below you’ll find his story.

According to the casting number, this is a replacement crate engine used from 1969-79 in many car and truck applications. This particular gem came from my father-in-law who had it sitting covered outside for a few years. The oil pan was rusted out when we got to it, but no big deal; I was going to reuse mine anyway. My buddy, Jeff, and I tore it down to the bare block and it all looked good, so we went ahead with the quick and dirty build. I had to drive Henry in about a week, so there was no time for a trip to a machine shop this time. Usually I would send the engine off to a machine shop and have it hot-tanked, checked for cracks, bored/honed, etc. but this was truly a down and dirty junkyard build. We installed new valve seals, lapped a couple of valves, and honed the cylinder walls, but that’s about as deep as the “machine work” went. Maybe someday Henry will have a clean, fresh, truly reconditioned engine, but we did what we could with the time we had!

Out with the old! We jerked the old engine out and had it down to a bare block in about an hour and a half. I love working on these old vehicles! They’re so much more simple than modern cars.

Normally, I’d have a shop press the piston pins out, but Henry had to drive in just a couple short days! 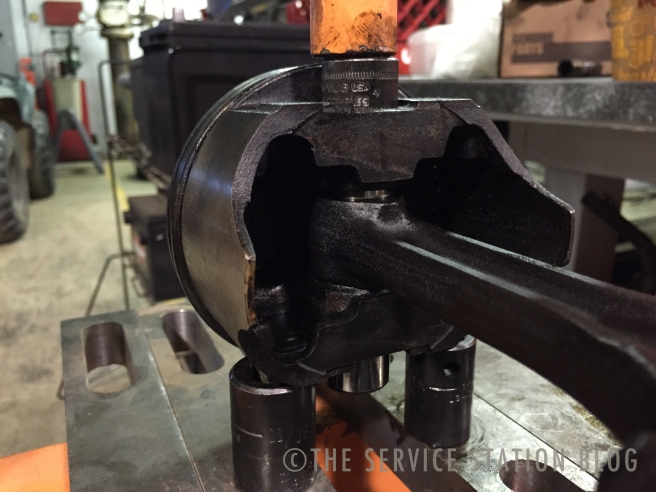 Make sure you use PLENTY of lube on the camshaft. It doesn’t take much to eat up a new cam. Once the motor is together make sure to properly break in the cam by running it with a high zinc break in oil for about 15-20 minutes at about 1500-2000 RPM.

Don’t those new pistons look great? The new engine going in Henry was bored 0.030″ over, so I had to get some new pistons. This all came from Summit Racing. I’ve used these guys in the past (in fact, Jeff, Amanda, and I took a trip to their Georgia store!), and their shipping and customer service has always been top notch. If you’re looking for pretty much anything for your hot rod, start with Summit! 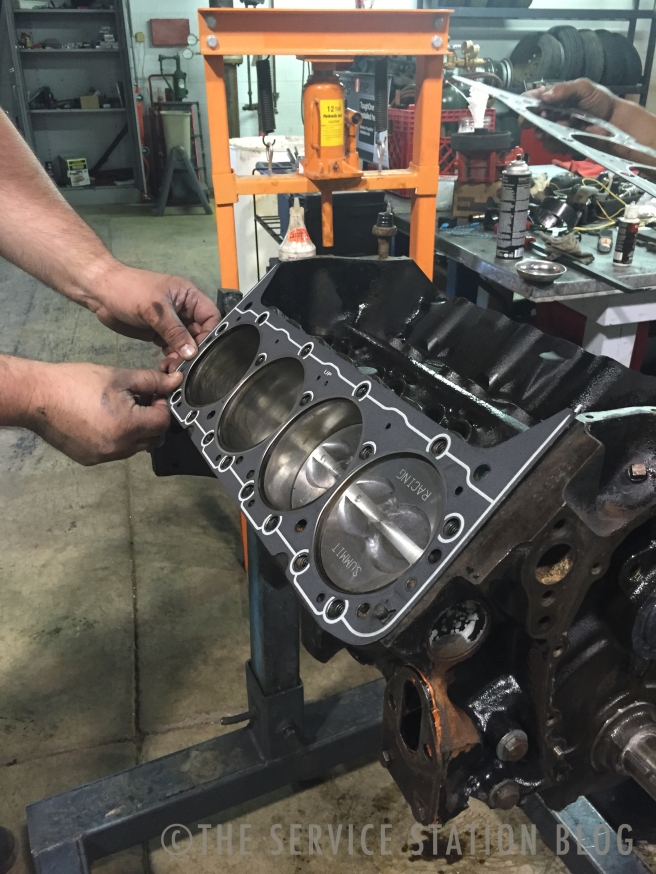 Heads are going on. I really wish I could have sent the heads out for new valves, springs, machining, etc. but there just wasn’t time (or cash) this time around.

Always follow the proper torque pattern and use a quality, calibrated torque wrench when torquing heads.

I should have bought some new bolts, but we decided to clean up the old ones instead. Props to Jeff for this genius idea!

Using a new aluminum intake on this engine is like putting lipstick on a pig. No fresh paint or anything for this swine. Just a good degreasing and some fresh parts. 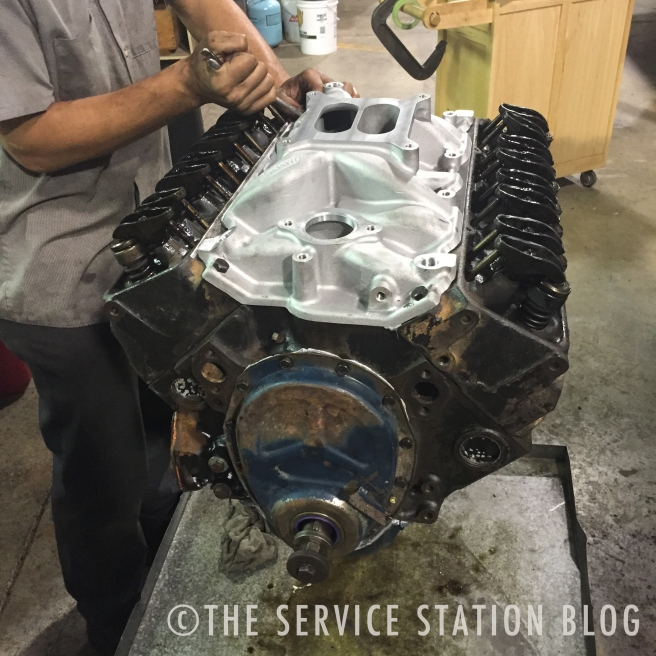 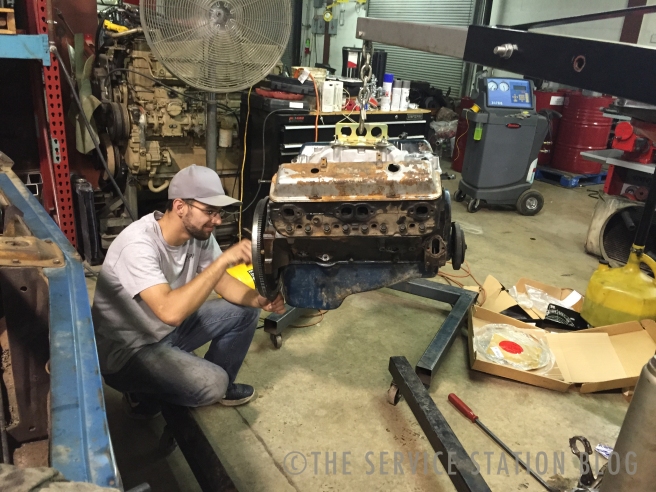 Brandon and Jeff putting the new mill in its new home. 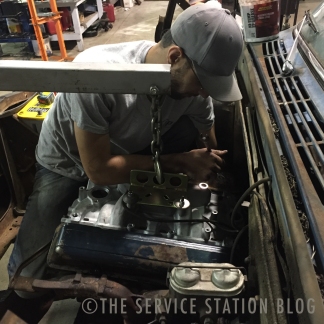 If I had it to do over I’d get a 600 CFM Edelbrock, but I went with a 570 Holley Street Avenger for a carb. My Father in law (God bless him!) just gave me an Edelbrock 1405 manual choke 600 CFM carb, so I’ll probably end up rebuilding that and using it soon. Keep your eyes peeled!

Here’s a quick video of the first time Henry ran with his new power plant.

That’s it for this Henry update, but next time I’ll take you along for a ride as we take Henry for his first REAL drive with the new engine.

Man, #Henry67 and #C10ial were complete champs on #thedragon Saturday! #seeTNc10run2017 Can’t wait to do this all again next year!
Henry’s looking pretty spiffy this fall! 🍁
This was a “patch” on Amanda’s Jeep. It’s gonna be a long road to driving this beast....💰💵💸💣
#repost #henry got some new jewelry from @rusbuilt. If you’re a fan of #Chevy #trucks you need to follow him! Thanks Russell!!
Late night shop cat. 😼 #drivewaymechanic #shopcat #luna #lunasty #catsofinstagram
Just plugging away. Only a bit left! #sandblast #sandblasting #havingablast #jeepwagoneer #wagoneer #doviewagon #1973 #1973wagoneer
Time to suit up! 👍🏼 #minionsuit #sandblasting #sandblast #havingablast
It may be 85°, but this is basically an air conditioned shop, right? #vacation #doviewagon #jeepwagoneer #wagoneer @xoxo.amandamarie
I've never had to be super careful putting my own wheels on before...I'm movin' up in the world! #dovie #doviewagon #cragar #cragarwheels #wheels #hubcaps #jeepwagoneer #wagoneer