I was looking for a truck. Not an expensive late model luxo barge, but also not a little budget beater wrung to within an inch of its life by a high school kid learning to drive a stick for the first time. I wanted a classic truck! Something I could use to haul my mower around every now and then, haul the trash, tow a trailer if need be. After many days (weeks?) of soul searching and forum browsing, I set my heart on a 67-72 Chevrolet C10.

Originally, I was looking for a 69-70 short bed step side, but I ended up falling in love with the 67-68 front end. I went through the process of calling, emailing, and texting a bunch of guys; in fact, I still have several contacts in my phone book with names like  “Al Chevy Truck Guy” and “Tom 69 C10”. We had just sold my wife’s 2000 Chevy Impala (with her blessing) to finance this build, so my all-in budget was about $3500; not a lot of cash for a classic truck that I planned to actually drive and use. I was becoming a little disheartened when I found a ’67 C10 for $1500 on Craigslist. It was a long bed fleet side, but I had to take a look at it. I took my wife and my buddy Sam (a student of mine from Crown Trade School) with me to look at it, and we fell in love. It was fairly solid, ran and drove, and was in our budget. Success! During my conversation with the owner we found out that he had actually helped install our alignment equipment at the school just a few months prior and he said, “You know what? Since you’re taking it back to the school and the guys are going to be learning on it, I’ll make you a great deal. Give me $800 and she’s yours.”  $800?! Sold! But I had to keep my poker face (inside I was like a little school girl choosing her first pony). We struck a deal and I drove it home a couple days later. 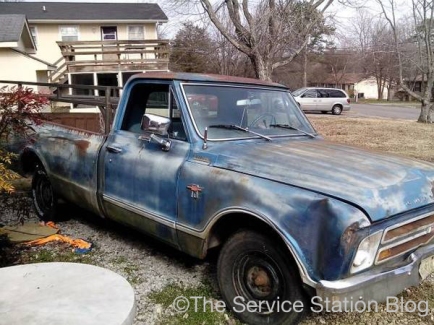 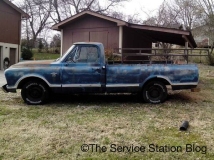 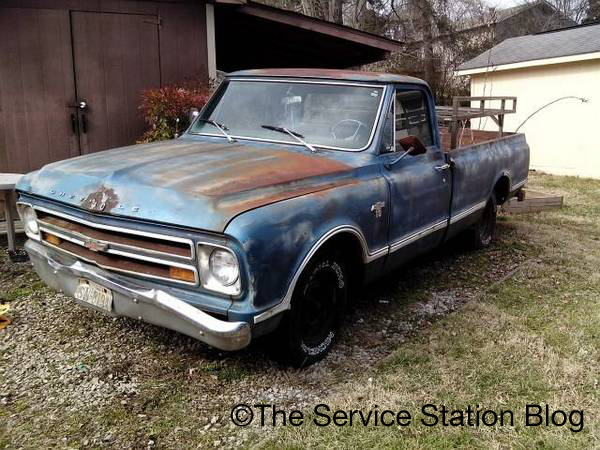 Usually when one names a vehicle, it’s a girl’s name. This truck wasn’t going to be a girl. This is an old farm truck. He’s been around the block a few times and he’s earned his stripes hauling mulch, hay, and who knows what else. Henry. A good old fashioned frame befitting a rugged farm hand. It was perfect. For me, the title Henry originated with a popular TV show called Psych and the dad (Henry) on that show drove an old Ford truck. His personality seemed to fit my trucks personality, so it stuck. 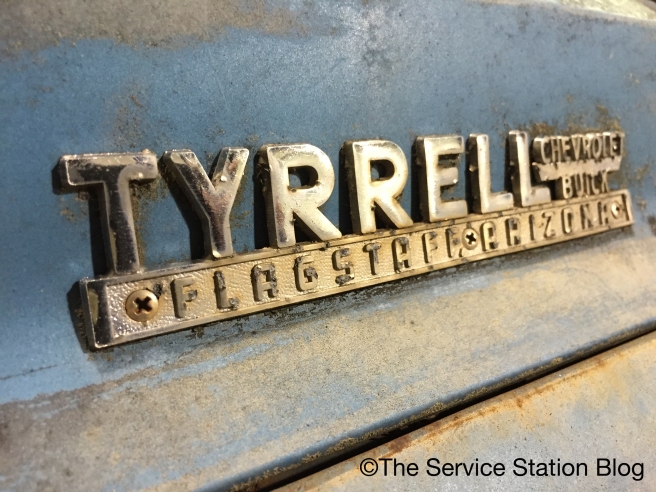 Henry originally came from Arizona with a 283 2 bbl and a 3 speed on the column. From what I can tell, Tyrrell Chevrolet Buick is still in business as Terry Marxen Chevrolet Cadillac. Somewhere along the line, his engine was swapped with a 350. When I got him, the old 350 was tired and making a little noise, but nothing too major. There were exhaust leaks every where and it leaked like a sieve (though I’ve never seen a 350 that didn’t leak!), but I was going to get him running and make him last as long as I could.

Here’s our list/budget for round 1. That’s my wife’s handwriting, not my chicken scratching, btw. 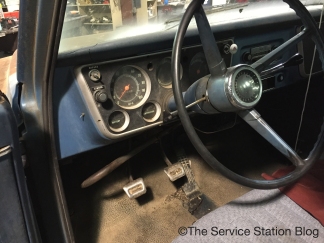 Some shots of the interior. Look in the heater box…nasty! 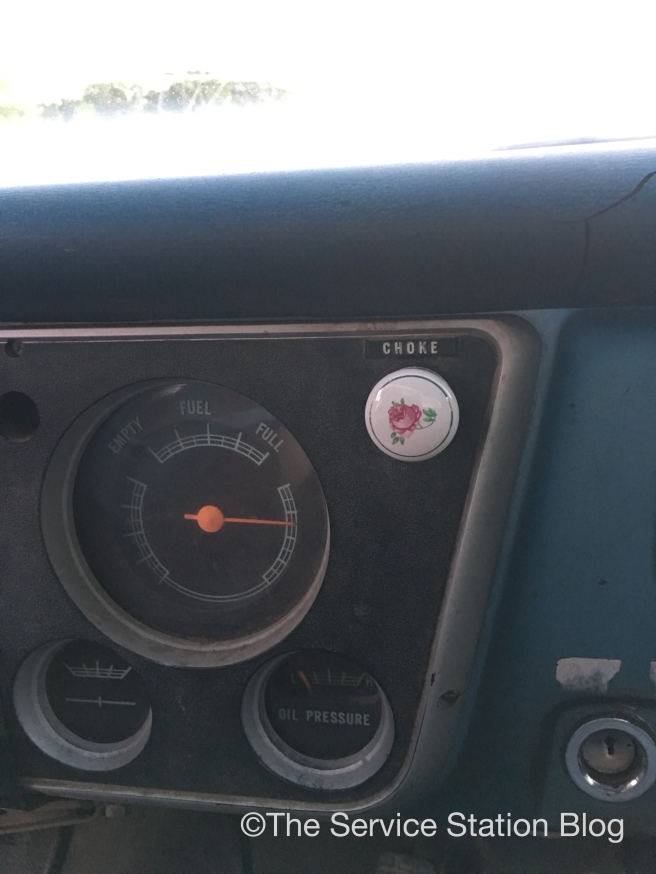 I bought this truck from a guy with the last name Rose…how fitting.

Ridden hard and put up wet, Henry’s lived a hard life. Check back in a couple weeks for the second part in the Henry series!

One thought on “In the Garage: Finding Henry”

Man, #Henry67 and #C10ial were complete champs on #thedragon Saturday! #seeTNc10run2017 Can’t wait to do this all again next year!
Henry’s looking pretty spiffy this fall! 🍁
This was a “patch” on Amanda’s Jeep. It’s gonna be a long road to driving this beast....💰💵💸💣
#repost #henry got some new jewelry from @rusbuilt. If you’re a fan of #Chevy #trucks you need to follow him! Thanks Russell!!
Late night shop cat. 😼 #drivewaymechanic #shopcat #luna #lunasty #catsofinstagram
Just plugging away. Only a bit left! #sandblast #sandblasting #havingablast #jeepwagoneer #wagoneer #doviewagon #1973 #1973wagoneer
Time to suit up! 👍🏼 #minionsuit #sandblasting #sandblast #havingablast
It may be 85°, but this is basically an air conditioned shop, right? #vacation #doviewagon #jeepwagoneer #wagoneer @xoxo.amandamarie
I've never had to be super careful putting my own wheels on before...I'm movin' up in the world! #dovie #doviewagon #cragar #cragarwheels #wheels #hubcaps #jeepwagoneer #wagoneer